After announcing a wealth of new products and additions to their range in their Special Event earlier this week, Apple has now added the new Lightning TV-out Cables to it’s online store.

The Lightning Digital AV Adapter is priced at $49 and allows you to mirror the display of your iPad 4th Generation, iPad mini, iPhone 5, and iPod touch, that are equipped with the new Lightning connection. A Lightning to VGA Adapter is also available for $49. 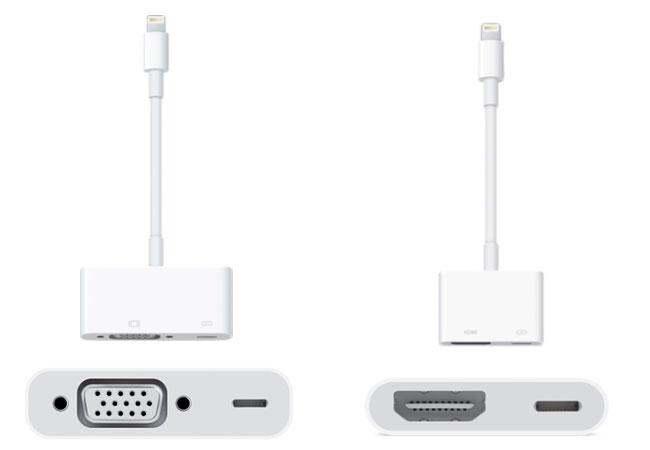 The new Lightning to USB and Lightning-to-SD cables, created by Apple aren’t currently in the Apple Store as yet, but a leaked SKU listing revealed the prices would be $29. Allowing you to transfer photography directly from your camera to your new Lightning connector equipped iOS device.