Apple has announced that their Apple iTunes Festival 2013 will take place in London in September, the festival will take place for 30 nights during September, and will include Justin Timberlake, Thirty Seconds to Mars, Jack Johnson, Jessie J and more. 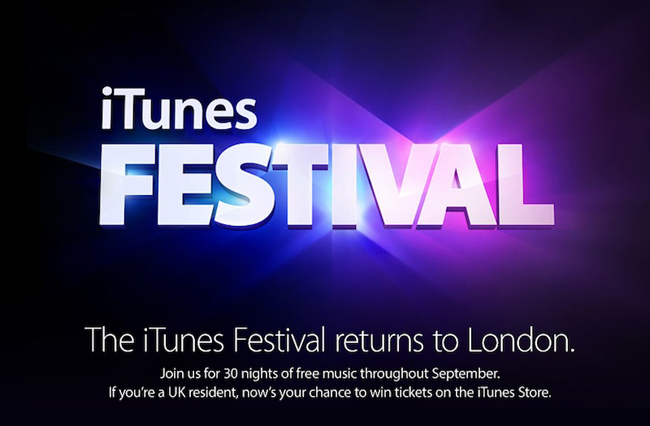 “This year’s iTunes Festival is the best ever with an incredible lineup of global superstars and stellar emerging artists,” said Eddy Cue, Apple’s senior vice president of Internet Software and Services. “Music fans around the world are going to love watching this incredible month of music, whether in London at the Roundhouse or on their iOS device. We’re honored so many renowned artists are part of this year’s lineup.”

You can find out more details about the 2013 iTunes festival over at Apple.