Apple [AAPL] has announced that the iPad won’t be available in the UK in late April as they had originally announced, instead the launch of the Apple iPad in the UK has been delayed until late May. 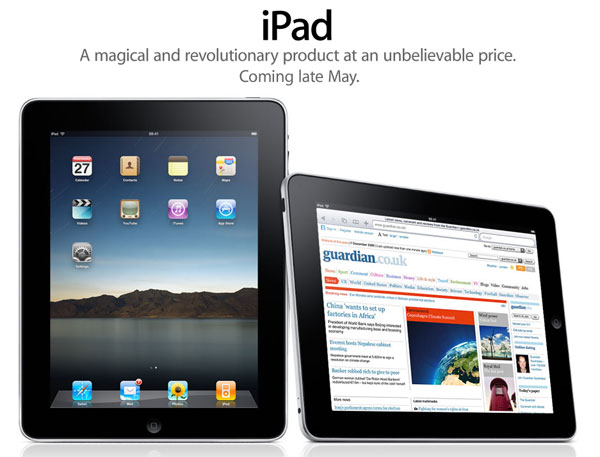 “Faced with this surprisingly strong US demand, we have made the difficult decision to postpone the international launch of iPad by one month, until the end of May. We will announce international pricing and begin taking online pre-orders on Monday, May 10.”

This isn’t the best news for UK iPad fans who have been patiently waiting for the iPad to arrive in the UK.

Apple still haven’t revealed any pricing, although we did have a tip back in February that said the iPad would cost £389 in the UK, last time we spoke to our tipster they told us that the iPad would be delayed in the UK, so that ties in with today’s announcement from Apple.

Have a look at our Apple iPad Review.