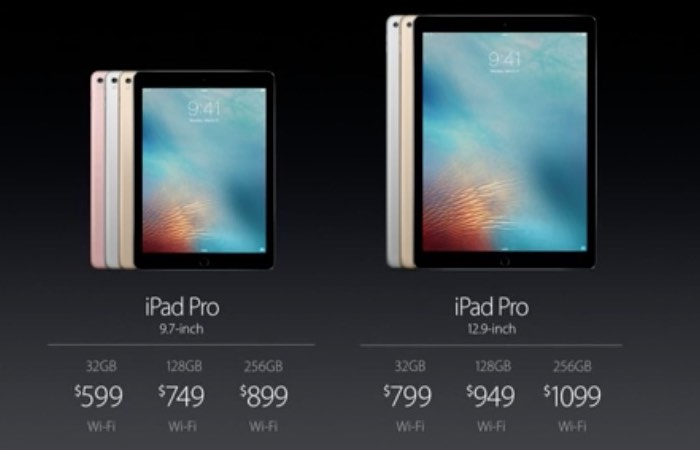 The latest and smaller iPad Pro is now equipped with a 9.7 inch retina display screen that is 40 percent less reflective and 25 percent brighter than the iPad Air 2, and builds on the technology and construction Apple has used for its larger iPad Pro tablet launched last year. 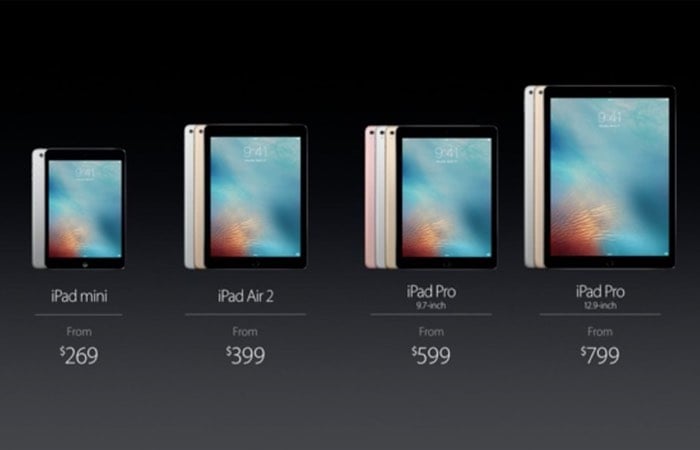 The new iPad Pro 9.7 also supports the new Nightshift features and the new TrueTone technology and is equipped the ambient light sensors to help the display adjust to your surroundings and provide a lighting that is more natural and easier on the eye.

The iPad Pro is also capable of capturing 4k Ultra HD video and includes a 5 megapixel FaceTime camera and has an new storage option for 256GB with also a 128GB and 64GB version available. Its also equipped with a new four speakers audio system and again offers more performance thanks the the A9X processor with 12 cores of graphics with integrated M9 processor and supports “Hey Siri”.