Apple [AAPL] has just made its new Tablet device the Apple iPad available on the US Apple store to pre-order. You can now order the WiFi iPad which comes in 16GB, 32GB and 64GB and it will be delivered to you on the 3rd of April. 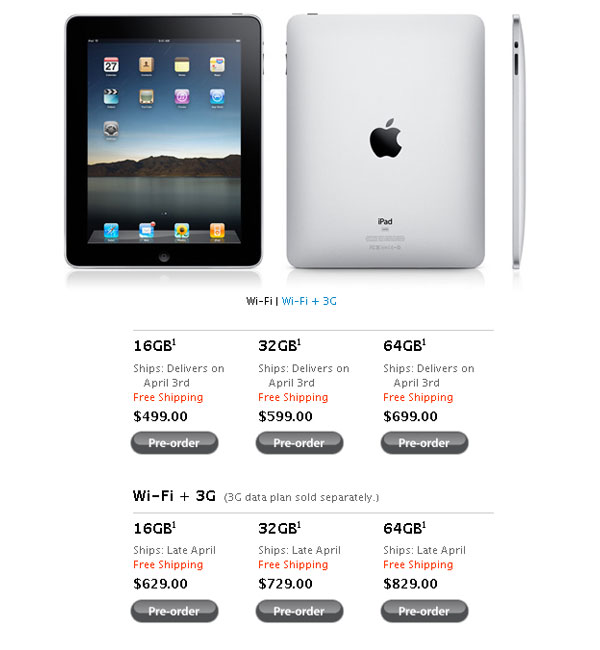 There are still no details as yet on the exact launch date for the UK and also no confirmation on the exact pricing.