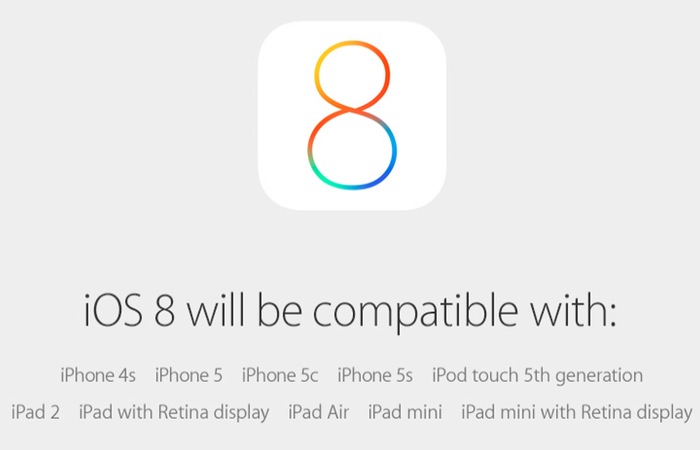 Apple just announced their new iPhone 6 and iPhone 8 plus, both handsets will come with the next major release of Apple’s mobile OS, Apple iOS 8.

Apple has announced that Apple iOS 8 will be available to download from Wednesday the 17th of September, and it will be compatible with a range of existing Apple devices.

iOS 8 will bring a wide range of new features to Apple devices, which include Apple’s new health and fitness features with HealthKit and much more.

As soon as we get some more information on all of the new features that will be available with iOS 8, we will let you guys know.