Apple are expected to launch Apple iOS 7 in September along with the new iPhone 5S and the iPhone 5C, we have already seen a number of features that will be included in iOS 7.

According to the guys over at Apple Insider, Apple iOS 7 will ask users to help Apple improve Apple Maps by asking them to share data on their frequently visited places. 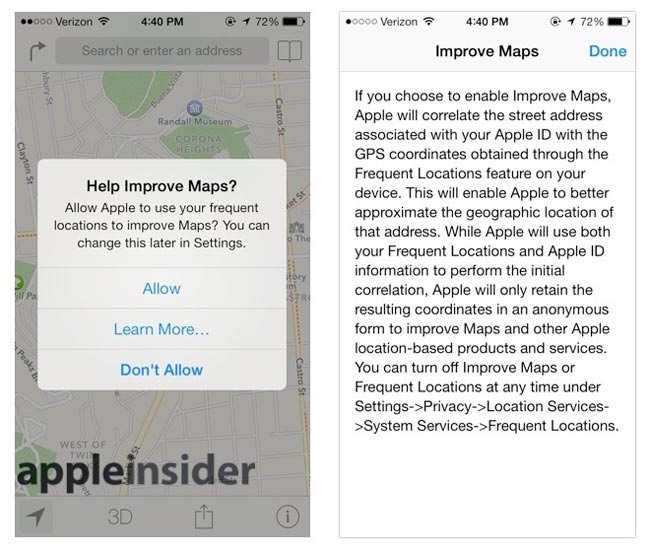 This new feature was apparently discovered in the initial setup of Apple iOS 7, and if you choose to share this data it will then link the data to your iCloud and Apple ID account.