Earlier this week Apple released the latest and final version of their mobile operating system Apple iOS 7 to developers, ahead of the softwares launch to the public on September 18th 2013.

However within the Apple iOS 7 Gold Master Seed is seems that Apple have removed support for the iCloud Keychain which was previously listed in other iOS 7 versions. 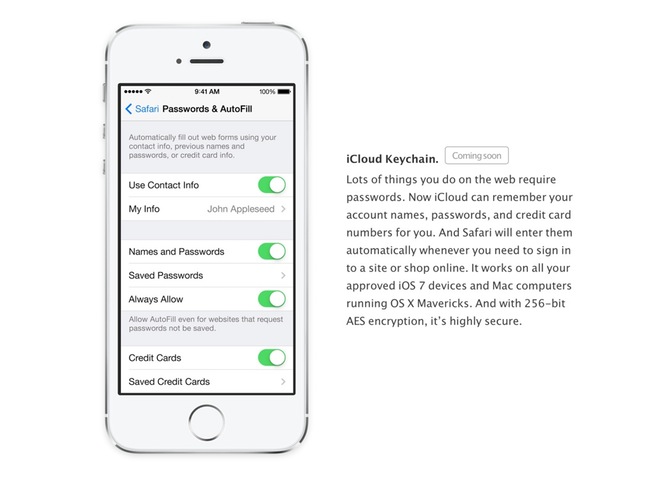 Apple has created their new iCloud Keychain feature to provide a cross-device password manager for iOS and OS X Maverick users. Enabling them to share and store passwords across all of Apple’s device running either of the two operating systems.

As well as storing user passwords iCloud Keychain can also store user credit card details, Wi-Fi and website logins. The new iCloud Keychain is listed as coming soon on Apple’s iOS 7 webpages but no mention has been made as to why Apple has removed the feature from the Apple iOS 7 software. But as always we will keep you updated as more information comes to light.