Apple will announce their new Apple iOS 7 at their World Wide Developer Conference later this month, the existence of the OS have been confirmed by Apple’s TIM Cook.

The company’s Jony Ive is heading up the design team for Apple iOS 7, and the OS is expected to get a major new look and feel with a much flatter design, and now we have a photo which is rumored to be of an early build of iOS 7. 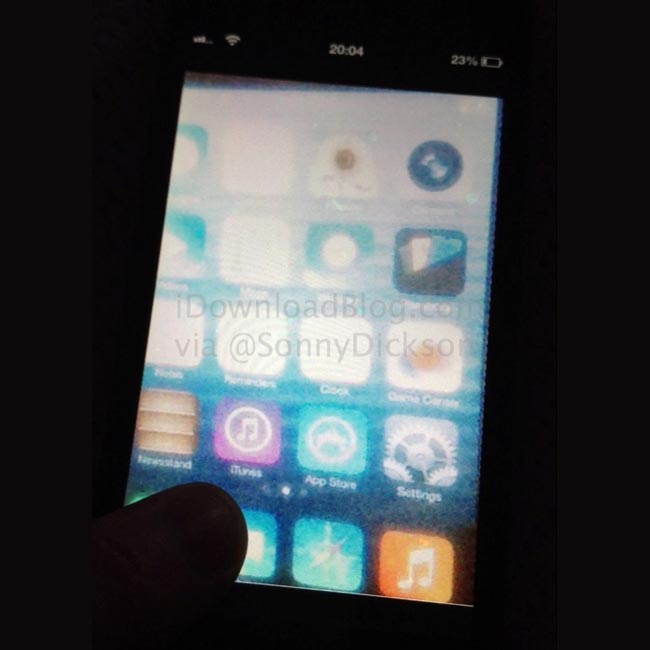 It will be interesting to see what the new design on Apple iOS 7 is like, it has been described as simpler and flatter, we are also looking forward to seeing which new features will come with iOS 7 as well as the updated design.

We really have not heard very much about what new features will be launching in iOS 7, yesterday we heard that Apple may introduce AirDrop which is a wireless file sharing feature currently available on OS X, as soon as we get some more information on what Apple has planned for the next major version of iOS we will let you guys know.