Apple has announced that its iTunes store has reached a new milestone for music sales, Apple have managed to sell over 25 billion songs, the 25th billion song was “Monkey Drums” (Goksel Vancin Remix) by Chase Buch, was purchased by Phillip Lüpke from Germany, and he won a $10,000 iTunes Gift Card from Apple. 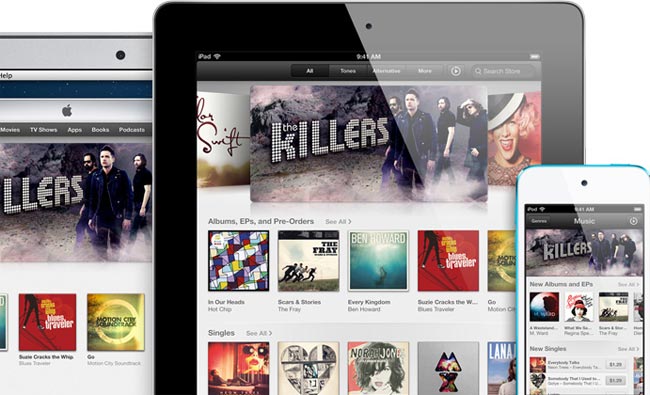 “We are grateful to our users whose passion for music over the past 10 years has made iTunes the number one music retailer in the world,” said Eddy Cue, Apple’s senior vice president of Internet Software and Services. “Averaging over 15,000 songs downloaded per minute, the iTunes Store connects music fans with their favorite artists, including global sensations like Adele and Coldplay and new artists like The Lumineers, on a scale we never imagined possible.”

“In a lot of ways, iTunes has leveled the playing field for musicians. Whether you’re unsigned, indie, major, whatever—it’s the place most people go to buy digital music,” said Wesley Schultz, guitarist and lead vocalist of The Lumineers. “iTunes doesn’t exclude any musicians simply because they’re not yet established or popular.”

Apple has had great success with its iTunes store, not only for music, but movies, and apps as well, and managing to sell over 25 billion songs certainly is impressive.