Today Apple has finally closed down its OS X download site, replacing the site with a colourful banner advertising its replacement the new Mac App Store. The fate of the once busy OS X Download site for Mac programs was sealed after Apple introduce their new Mac App Store concept back in October  2010 at Apple’s “Back to the Mac” event.

The new Apple Mac App Store was then launched  on January 6, 2011 as part of the free Mac OS X v10.6.6 update for all current Snow Leopard users, and within the first 24 hours had passed the million download mark. 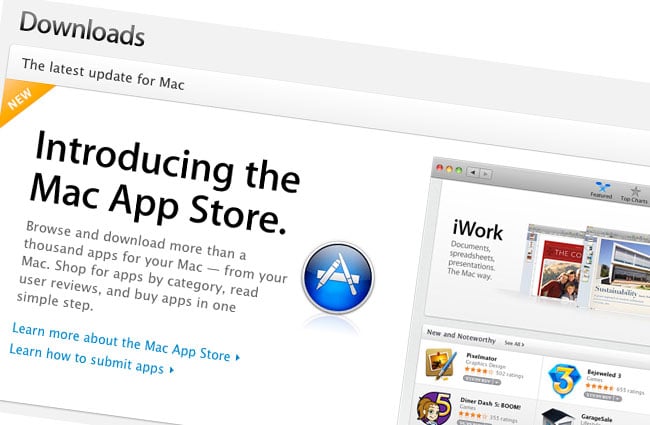 Similar to the App Store of iOS device you can browse applications via categories such as business, games, productivity, music, and more. Or do a quick search for something specific, with developer descriptions explaining the applications functions and user reviews. Only only thing you cant do with the Mac App Store is access it via browser.

The move by Apple to shut the site comes as no surprise, especially with the immanent release of its new Lion OS X expected any day now. Bye, bye Apple Downloads may you RIP.