Details have been released of a new Apple [AAPL] patent which could see the iPhone and iPod Touch used as digital tickets for concerts and events.

The patent which was filed in September 2008 reveals that the system would near field communications technology, and your iPhone or iPod would be swiped allowing you entry to the concert or event. 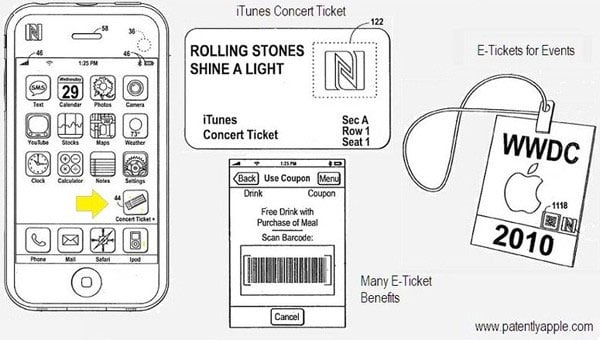 It also mentions additional benefits for users of the digital tickets which relate to an online digital content service. It certainly looks like an interesting idea, and something Apple would be able to implement in future hardware.

They also have a platform with a massive audience in iTunes that they would be able to sell the digital tickets to for concerts, sporting events and many more events.