Apple has been working to improve its Apple Maps software, and the company has made a new acquisition in the form of Embark, a transit application for iOS.

When Apple announced Apple Maps last year, the software came under of a lot of criticism, Apple recommend a number of apps to users of its devices whilst it fixed Apple Maps, one of those was Embark. 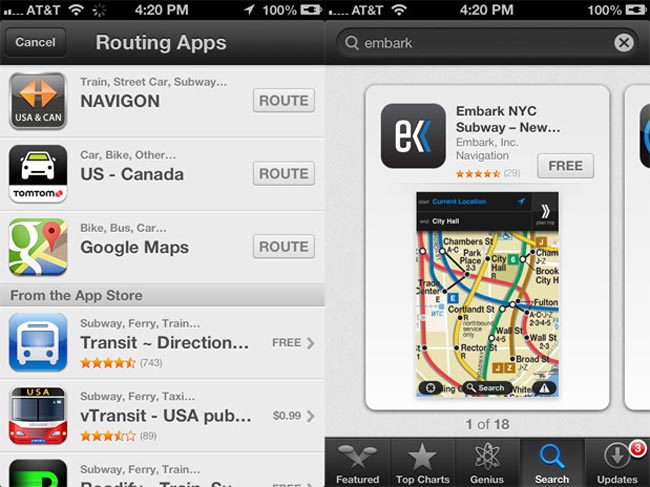 The news of Apple’s purchase of Embark comes from Jessica Lessin, there are no details as yet on how much Apple has paid for Embark, as soon as we get some more details we will let you guys know.