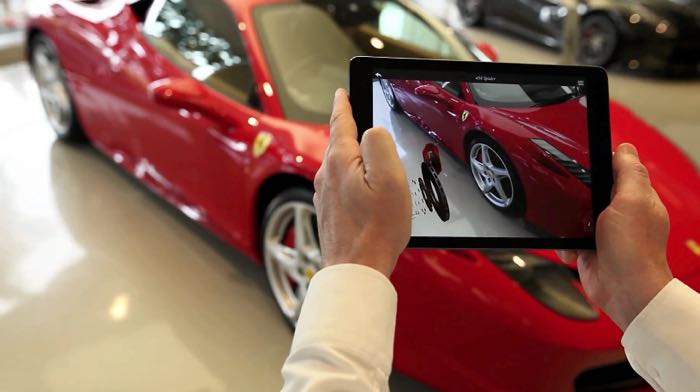 According to a recent report from TechCrunch Apple has made another acquisition, this time it is Augmented Reality company Metaio.

Metaio launched back in 2003, the AR company was a project that was spun out of Volkswagen and now the company has announced that it has stopped taking on new customers.

TechCrunch have discovered that shares in the company were transferred to Apple on the 21st or 22nd of May, Apple has not confirmed or denied whether they have purchased Metaio, instead they gave their normal response.

Apple buys smaller technology companies from time to time, and we generally do not discuss our purpose or plans.

It is not clear as yet on exactly what Apple has planned for the technology they have acquired with the purchase of Metaio, the video below shows software the company produced for Ferrari.