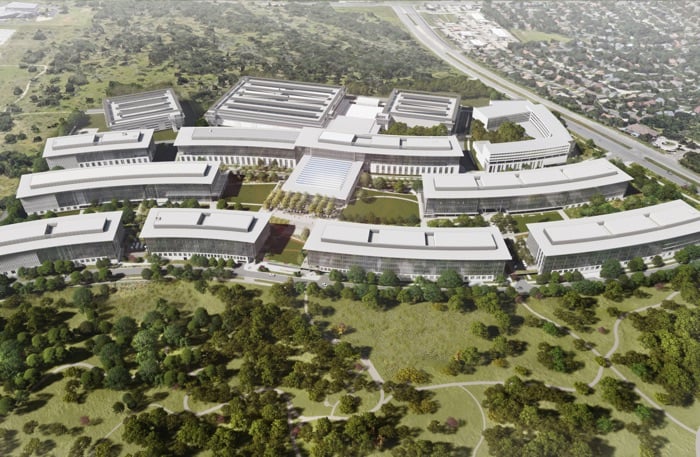 Apple has announced that it has broken ground on its new Apple Campus in Austin, Texas, the company is building a new campus on a 133 acre plot that will house more than 5,000 employees.

The photo above gives us an idea on what its new campus will look like when it is finished, the project will cost Apple over $1 billion to develop.

“Building the Mac Pro, Apple’s most powerful device ever, in Austin is both a point of pride and a testament to the enduring power of American ingenuity,” said Tim Cook, Apple’s CEO. “With the construction of our new campus in Austin now underway, Apple is deepening our close bond with the city and the talented and diverse workforce that calls it home. Responsible for 2.4 million American jobs and counting, Apple is eager to write our next chapter here and to keep contributing to America’s innovation story.”
The all-new Mac Pro was unveiled at Apple’s annual Worldwide Developer Conference in June. Mac Pro units are now in production in Austin and will soon ship to customers across the Americas. The 244,000-square-foot Mac Pro facility employs more than 500 people in a range of roles, including electrical engineers and electronics assemblers, who build each unique unit to customers’ specifications.

You can find out more information about Apple’s plans for the new campus in Austin Texas, over at their website at the link below.