Apple [AAPL] has banned  a couple of hackers from their iPhone application store and iTunes.  An iPhone developer and hacker, Sherif Hashim, recently found out that his Apple ID had been banned from iTune and the App store.

Sherif Hasim recently found an exploit in Apple’s latest iPhone OS 3.1.2, which could enable it to be unlocked on 05.12.01 baseband for the iPhone 3G and iPhone 3GS, and his devices have been banned with a message from Apple when he tries to log into the application store as you can see in the photo below. 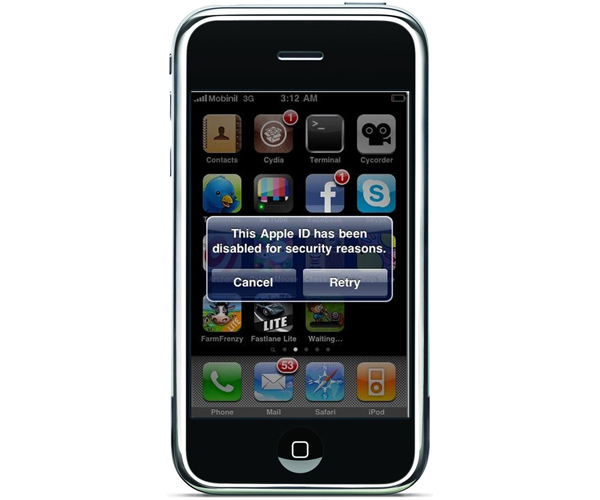 It turns out he is not the only one, as another iPhone hacker has received the same message, who knows maybe Apple will start to ban jailbroken iPhone ID’s from the app store in the future.