Apple has rolled out a new update this week to its iOS App Store which has added new Apple app age ratings notifications making it easier to see age ratings for applications within the Apple App Store.

A new Apple app age ratings notification box now sits alongside developer credentials, in the App Store allowing users to easily see the age rating of games before they purchase, to address growing concern from parents over in-app content. 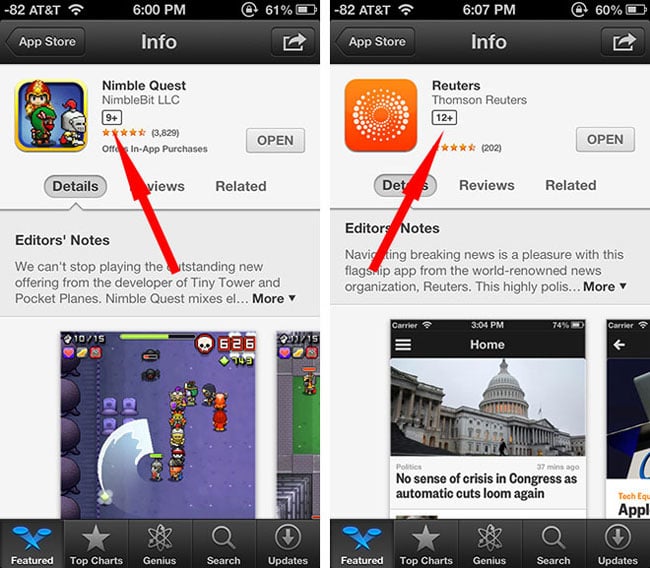 “A small controversy earlier this year brought Apple’s App Store approval process and age rating system into question when then-unrated video sharing app Vine mistakenly featured hardcore pornographic content as an “Editor’s Pick.” At the time, Apple had been promoting the title as an App Store Editors’ Choice, though that honor was quickly stripped after the unsavory content surfaced. “