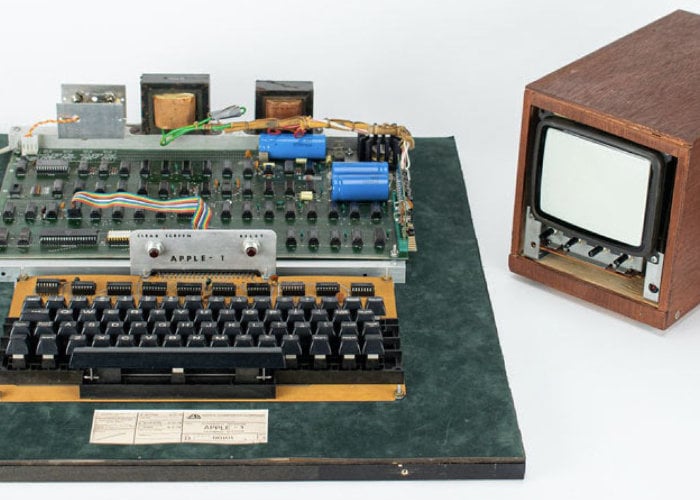 A rare Apple 1 computer commonly known as the Apple I, or Apple Computer 1 complete with all its components and accessories required to operate the personal computer was sold for $458,711.25 this month. The Apple-1 was originally conceived by Steve Jobs and Steve ‘Woz’ Wozniak as a bare circuit board to be sold as a kit and completed by electronics hobbyists, their initial market being Palo Alto’s Homebrew Computer Club.

“Seeking a larger audience, Jobs approached Paul Terrell, owner of The Byte Shop in Mountain View, California, one of the first personal computer stores in the world. Aiming to elevate the computer beyond the realm of the hobbyist, Terrell agreed to purchase 50 Apple-1 computers, but only if they were fully assembled. The Apple-1 thus became one of the first ‘personal’ computers which did not require soldering by the end user. All together, over a span of about ten months, Jobs and Wozniak produced about 200 Apple-1 computers and sold 175 of them. “ 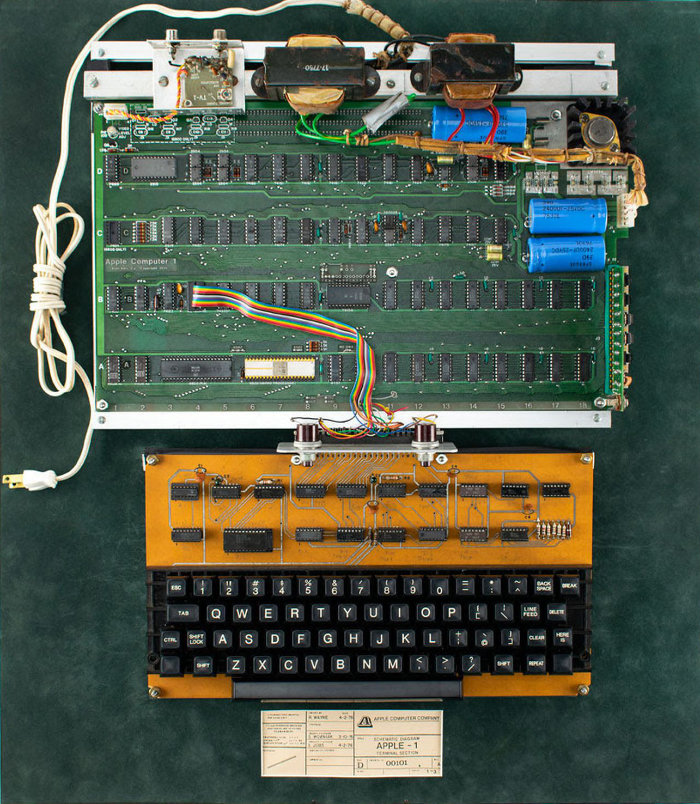 “This Apple-1 board is also configured with 8K of Mostek RAM installed. The reverse side of the board has no modifications or circuit traces that have been cut or repaired. The prototype area is clean and un-used. The green coat on the reverse is in very good condition without the typical peeling from the original wave-soldering manufacturing process; it also retains the intact lot “37” sticker seen on some Apple-1 NTI units. This is one of the best NTI examples known to date. “