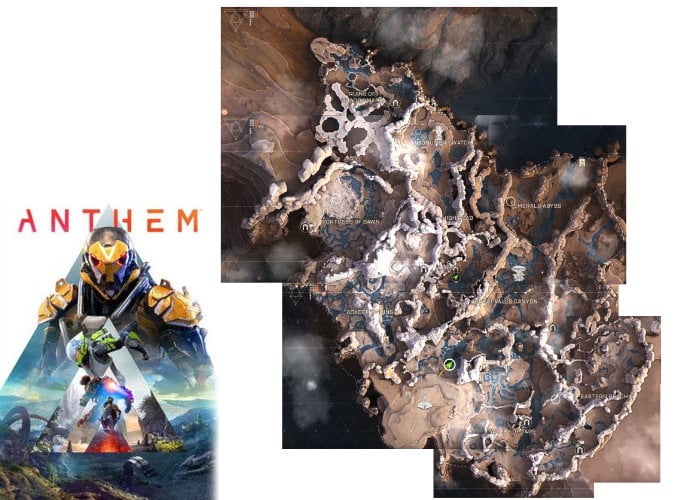 Reddit user SkrillRKnight has carefully stitched together the Anthem map to reveal the open world terrain of BioWare’s new upcoming Anthem game which will soon be launching on PC, Xbox One and PlayStation 4. Anthem Will be officially launching on February 22nd, 2019 and takes the form of a multiplayer, action role-playing game.

Anthem combines third-person shooter and action role-playing game elements in a “contiguous open world” shared with up to three other players in which they take the role of a Freelancer donning fully customisable exosuits called Javelins. 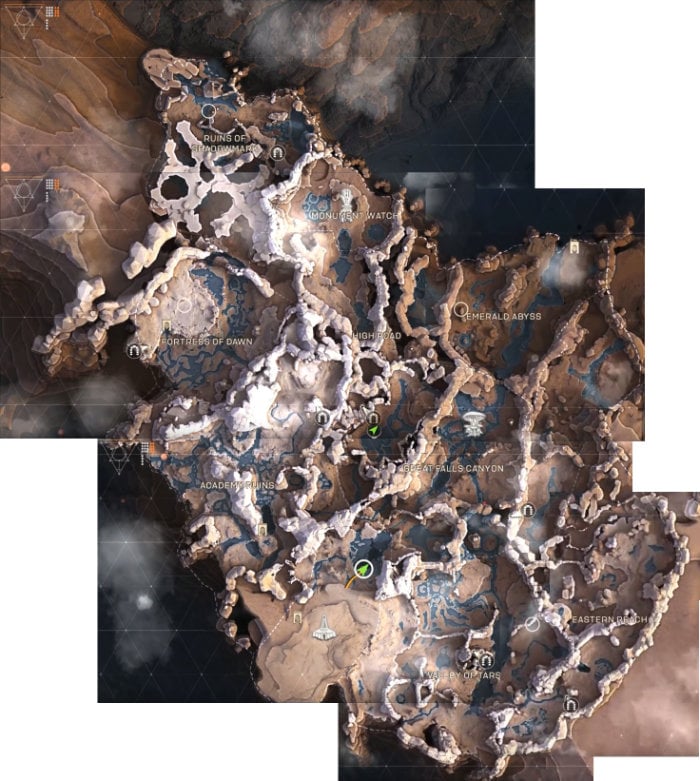 Another user has also done a few calculations with another partially completed map and estimates that it will take around four minutes to fly from one end to the other following the longest possible path.

“This person did some math with the incomplete one that was posted and thought you might be fly “the longest path” in ~3.5 minutes. Unfortunately, I don’t what they mean by “the longest path” but if they mean straight line from south-east corner to north-west corner of the incomplete map. Maybe we are talking about just shy of 4 minutes as-the-crow-flies in this more complete map.”~

As soon as more details are announced regards the full Anthem map will keep you up-to-date as always.