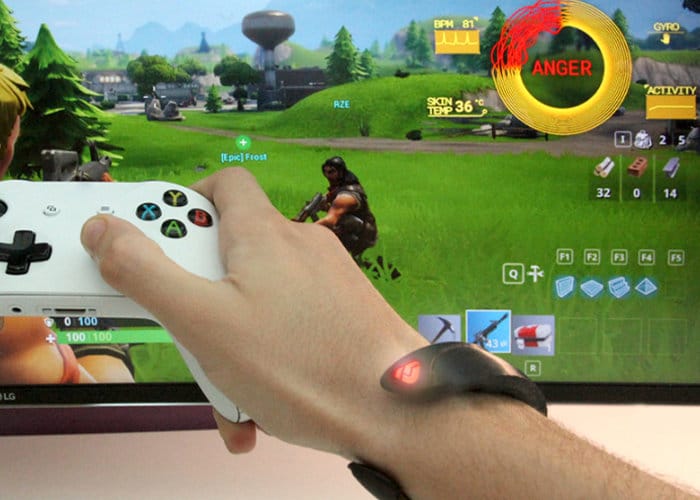 A new smart wearable device has been created called the Ankkoro to add a new dimension to your gaming experience by revealing your emotion to other players as you play. The Ankkoro smart band has been created by developer Yann Frachi based in New York and has this week launched via Kickstarter to raise the required $100,000 to make the jump into production. Watch the demonstration video below to learn more about the smart wearable capable of adding a motion to your gaming experience.

The development team behind Ankkoro explain more about the devices inspiration and design. “We don’t want the Ankkoro to be some flash-in-the-pan device that’s gimmicky and seems like a good idea but isn’t. That’s why we’re all in on this once-in-a-lifetime gaming smart band.We made it smarter, more innovative, more comfortable, and easier to use because we know you don’t want to be bogged down with something that isn’t providing a real experience.”

“It calibrates quickly, measures your emotions and feelings in real time, and uses four primary measurements to make it all come together. And before you know it, we’ll be supporting more emotions to truly capture who you are and how you feel—and you won’t have to jump through any hoops to see it happen in real time.Yes, we currently support PC, Mac, and mobile users. And yes, we do want to provide you the same experience on the Xbox, PlayStation, and other consoles. We’ve already sent someone to negotiate on our (your) behalf—it may or may not be Korben Dallas.”

For more information, full specifications and a list of all available pledges jump over to the official Kickstarter campaign page by following the link below. Early bird pledges are available from $106 or roughly £80 and worldwide shipping is expected to take place during September 2019.