Rovio The developers of the hugely popular range of Andry Birds games, has this week announced that their new Angry Birds Toons TV channel will be launching on the weekend of March 16-17th 2013. 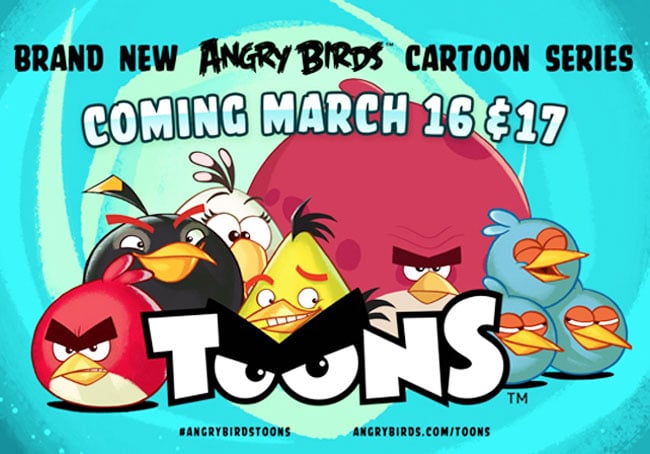 Angry Birds Toons will feature 52 episodes, with a new episode being reeled each week via all Rovio’s Angry Birds apps and on video-on-demand platforms.

Rovio explains a little more about the new Angry Birds Toons TV channel, that will be launching in the middle of this month, via Mikael Hed, CEO of Rovio and Nick Dorra, Head of Animation at Rovio:

“We’ve long wanted to tell our fans the story of the Angry Birds and the Bad Piggies, to introduce their personalities and their world in detail.”-“We’re delighted to introduce all this through our new Angry Birds Toons channel, with easy and instant access to the stories in the palm of your hand. With over 1.7 billion downloads, we can reach a far wider and more engaged global audience than traditional distribution would allow. Launching the channel, and partnering up with some of the best video-on-demand providers and TV networks, is an important milestone for us on our journey towards becoming a fully fledged entertainment powerhouse.”

“We want to combine the feel of cartoon classics with modern twists on an unprecedented scale. Our team has been working tremendously hard to once again delight our fans with a new Angry Birds Toons to experience these loveable characters”

You can watch the new Angry Birds Toons series by downloading the latest update to any Angry Birds game, which will unlock the new channel button in the game homescreen on March 17th.