Some of our readers will remember the AndyPad Android 2.3 Gingerbread tablet that we featured on Geeky Gadgets recently, it is a budget Android tablet that will retail for £129.

We have been trying to get some actual photos of the tablet from the makers for a while now, but they don’t seem to have any available, and now one has appeared on the web. 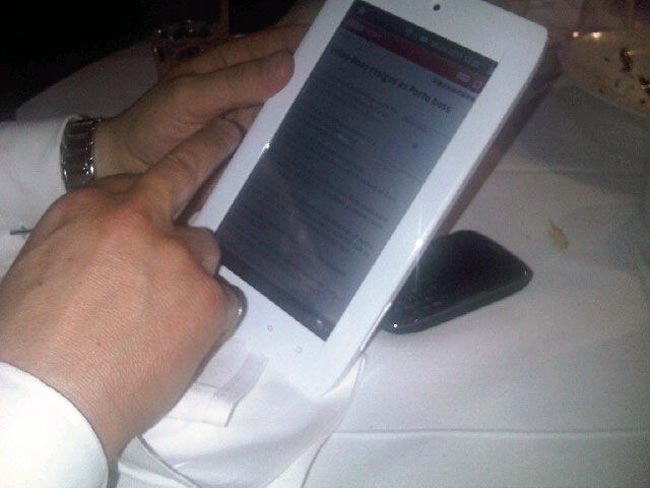 We have also be told by AndyPad that the tablet will now come with 512MB of RAM rather than the 256MB that was initially announced, and it will come with a 7 inch touchscreen display a 1.2GHz A8 processor, plus a 3D GPU, and it will also feature HDMI out, a USB port, a 3.5mm audio jack and a micro SD card slot.

As soon as we get some decent photos of the AndyPad we will let you guys know. Take a look and our article on Android vs iPhone to see which smartphone and mobile platform is best for you.