Last week we finally got to see some semi decent photos of the new AndyPad budget Android tablet which is expected to retail for £129 and now the makers of the device have released an official video, and we can finally see what the AndyPad will be like.

The AndyPad Android tablet will feature a 7 inch touchscreen display, and a 1.2GHz processor, plus a 3D GPU, have a look at the video of it in action below. 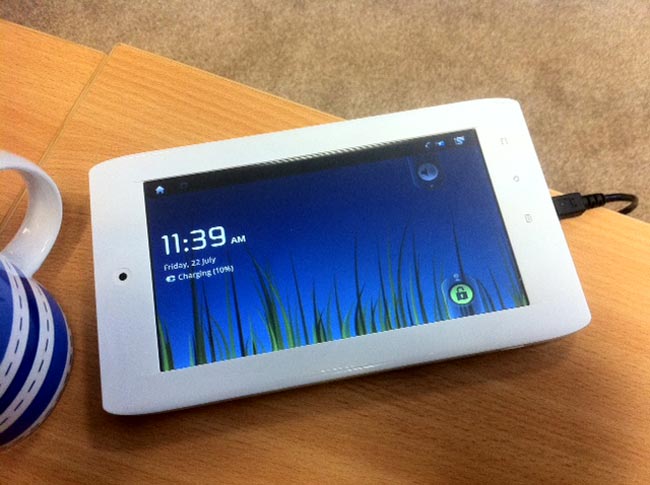 We still don’t know exactly when the AndyPad will go on sale, we know that there are a couple of models in the works, the budget version which will retail for £129 pictured above and another version with a higher resolution display, both models are expected to come with Android 2.3 Gingerbread.