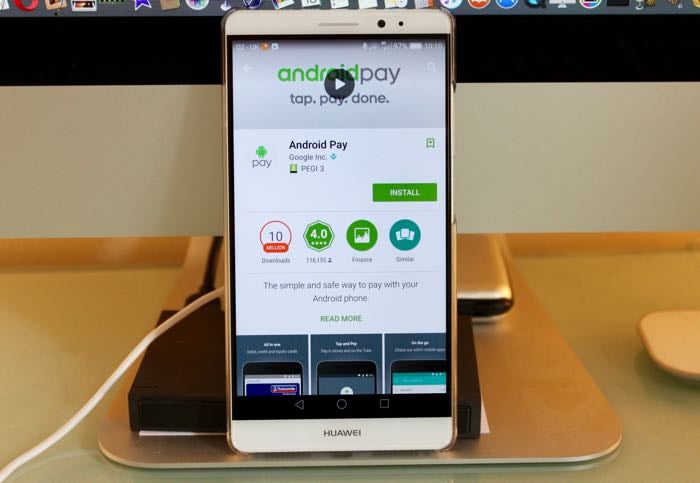 Android Pay has just launched in the UK and Google’s mobile payment system is available to download from the Google Play Store.

Google’s mobile payment system in the UK is supported by both MasteCcard and Visa and also with a range of banks which include Bank of Scotland, First Direct, Halifax, HSBC, Lloyds Bank, M&S Bank, MBNA and Nationwide Building Society.

You will be able to use Android Pay everywhere contactless payments are accepted including your favourite high street stores like Boots, Starbucks and Waitrose and pay for the Tube, bus and train with Transport for London. Just tap with your phone as you would with your card. It’s that simple. And businesses across the country with contactless terminals won’t need to do anything else to be able to accept Android Pay in store.

Google has also said that they will be adding more bank to Android Pay in the future in the UK, the app is now available to download from the Google Play Store and you can find out more details at the link below.