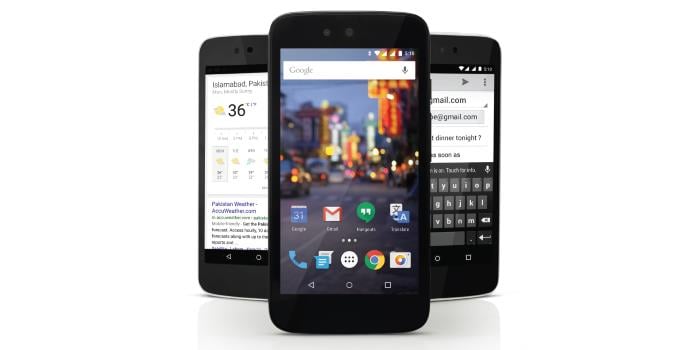 Google’s Android One program finally launches in Pakistan with the QMobile A1. The handset is now available all across Pakistan carrying an affordable price tag of $11,500 (around $110).

The Android One handsets offer users with a decent set of specifications at an affordable price tag. Best of all, the updates are controlled by Google itself for the handsets, think of it as a cheaper Nexus device.

Like all Android One phones, the QMobile A1 combines high-quality hardware that’s been tested by Google with the latest version of Android (Lollipop 5.1.1) and all of the features that come with it. These include Google’s new Material Design interface, up to 2x better performance, a battery saver feature, smarter notifications, and quick access to data controls. Android One phones will also automatically receive updates to the latest version of Android soon after they are released.

The new QMobile A1 ships with Android 5.1.1 Lollipop as its operating system out of the box, and is expected to get the latest updates as they come out. For $110, users get a 4.5-inch FWVGA display, a quad-core 1.3GHz MediaTek processor paired with 1GB of RAM and 8GB of internal storage. There’s a microSD card slot for users looking for extra storage and supports up to 32GB of internal memory.

Other features include 5MP main camera for photos and videos, 2MP front-facing camera, 1,700 mAh battery, WiFi and comes with dual-SIM support onboard.

Considering its price tag, it appears to be a decent handset, and doesn’t look too shabby either in terms of design. We’ll try to get our hands on the handset and let you know if it’s worth buying.