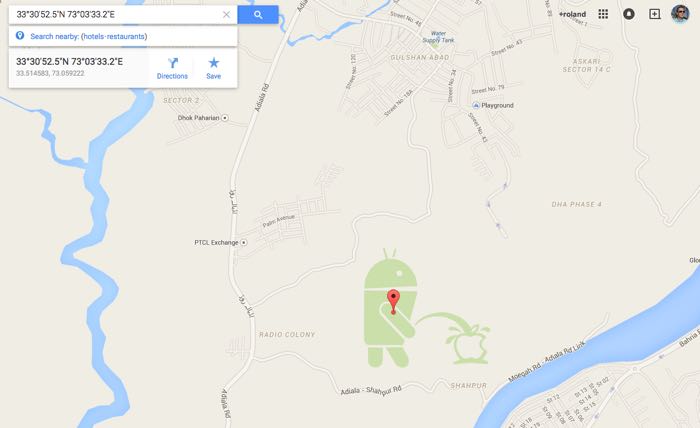 It is not clear as yet exactly who is responsible for this Android Mascot peeing on an Apple Logo in Google Maps.

This could be a joke by someone at Google or it could have been added to Google Maps by someone else, as soon as we get some more details, we will let you guys know.