Currently Android is the fastest growing smart phone operating system according to research at AdMob. According to AdMob Smartphone  devices accounted for 48% of AdMob’s worldwide traffic, up from 35% a year ago. The rise has been  fueled by heavy application usage on both iPhone and Android phones.

Unfortunately where there are winners and have to be losers and Symbian accounted for 43% of AdMob’s smartphone requests in February 2009, but now only reaches a low 18% last month. 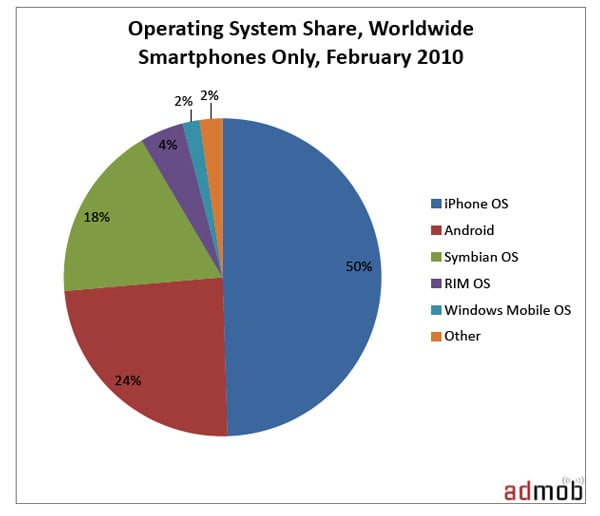 Other statistics from February 2010 show that the top five Android devices worldwide by traffic are the Motorola Droid, HTC Dream, HTC Hero, HTC Magic, and the Motorola CLIQ. With the Google Nexus only generating 1% of the total android traffic.

Check out more details at the AdMob website. Have a look and our article on Android vs iPhone to see which smartphone and mobile platform is best for you.