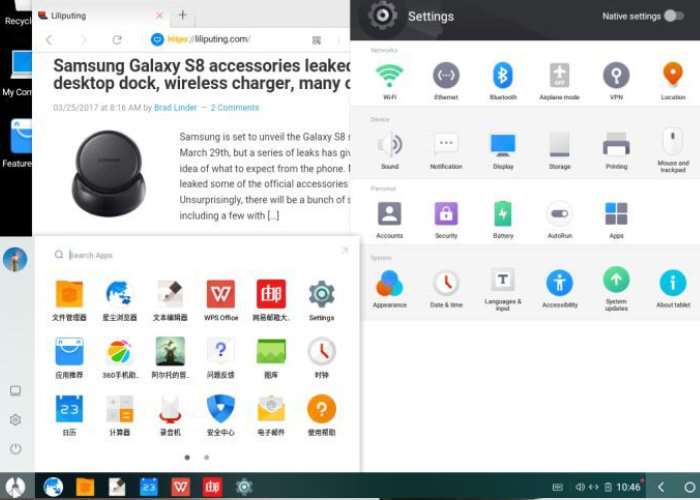 Android users that have been patiently waiting for the release of the Phoenix OS Android desktop operating system which was unveiled nearly 12 months ago. Will be pleased to know that an alpha development version in the form of Phoenix OS 2.0 has now been made available.

The Phoenix OS 2.0 provides a desktop operating system based on Android 7.1 and was first developed and unveiled 12 months ago using the Android 5.1 software, which can be seen in the video below.

Android is an incredibly versatile operating system that we’ve seen integrated in all sorts of products like smartphones, tablets, smartwatches, refrigerators, ovens and more. There’s been a number of companies trying to adopt it to a desktop platform as well lately, and we’ve talked about Remix OS from Jide quite extensively in the past. They aren’t the only people working on this idea though, and we’ve touched on Phoenix OS a couple of times before as well.

As it is right now, you can download Phoenix OS in two different flavors. The first is designed to bring Android to the desktop platform and it can be installed on x86 hardware. There’s also a tablet version though, and this currently supports the Nexus 9, Nexus 7 (Grouper and Flo), and the Nexus 10. They even have a version that is specifically made to work on the Firefly RK3288 development board. Their current stable version is 1.2.3-277, which is based on Android 5.1 Lollipop, but now they’re testing an alpha build of version 2.0.

Version 2.0 of Phoenix OS is based on Android 7.1 Nougat and that is a big step up from what people have been using. The new update was officially announced late last week, and like the other builds it is available in either an EXE or ISO format for you to download. The team has been working on more than just updating the sources to Android 7.1 Nougat too — one of the bigger additions is brand new support for 8188EU and 8723B network adapters.

Jump over to the XDA Developers website for more details via the link below.