A few weeks ago it was leaked that Google had built a Android 4.4 KRS74D version but now it looks likes Google has been busy tweaking their new latest Android release. As Android 4.4 KitKat KRS74H build has now bee discovered in leaked log files. 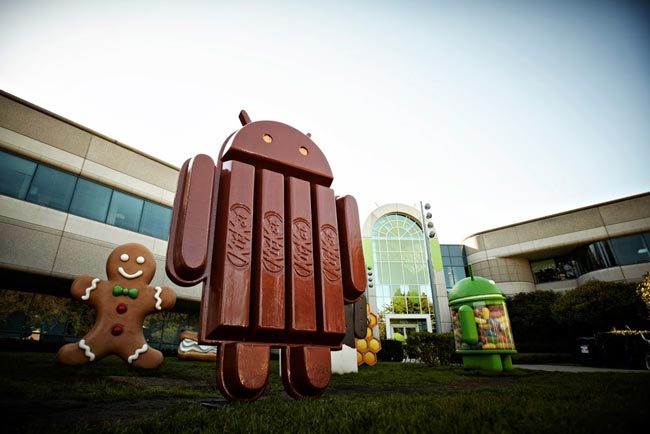 The myce.com has been able to view leaked screenshots and log files of the new Android 4.4 KitKat KRS74H. However there are a few reason to suspect that all might not be as it seems. Android Authority explains:

“There does seem to be some reason to be skeptical here, however they are showing these as being from Android 4.4 KitKat with build number KRS74H. In addition to the build number, these log files also have a mention of the Nexus 5.

While those details seem to follow the patterns we would expect, there are still some slightly more curious aspects to this leak. These logs seem to be referencing Key Lime Pie, which as we learned a few weeks earlier — is not going to be the name of Android 4.4 when it officially arrives. And in addition to the slightly out of date KLP mention, there was also at least one reference to the Nexus 4 in these files.”

Google is expected to make an announcement about their new Android 4.4 KitKat on October 14th 2013.