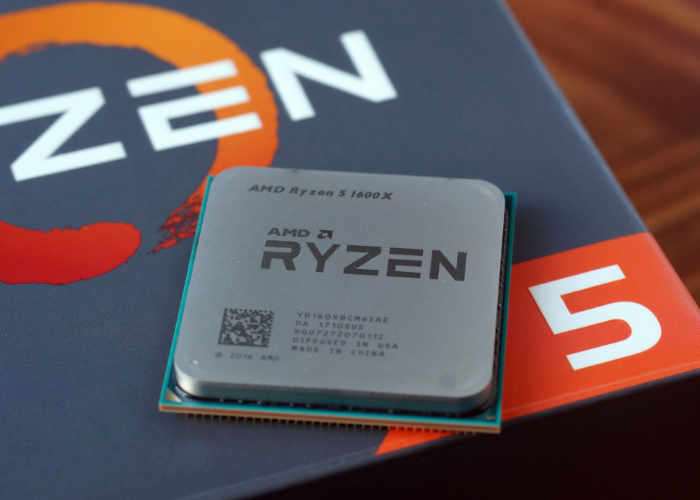 As expected AMD has now made available its new Ryzen 5 processors for purchase allowing consumers to benefit from the new technology which has been used to create the new range of Ryzen chips to compete with the likes of Intel.

Watch the review below to learn more about what you can expect from the new Ryzen 5 processors which have been created for desktop computers and are now available to purchase price from £170 up to £250 for the new AMD Ryzen 5 1600X.

AMD explains a little more about the technology, performance and features you can expect from their new range of CPUs.

Ryzen series CPUs from AMD uses true machine intelligence to push the performance of you PC system beyond expectations. Allow Ryzen to power your experience and be prepared to dominate tasks both in-game and out. Driven into existence by the user’s passion AMD have forged a processor with the performance power to dominate your favourite applications, games and more.

The lightning-fast AMD Ryzen 5 processor is the superior choice. With AMD SenseMI technology, Ryzen processors use true machine intelligence to accelerate performance. The Ryzen 1600X processor features 6 cores with 12 threads helping you to multi task with performance to spare.

Every Ryzen 5 processor from AMD comes already unlocked on both voltage and multiplier. This means your CPU is ready for overclocking and forging the best performance available -in-game and out.

Jump over to the official AMD website for full details and specifications on the entire range of Ryzen 5 processors which include:

– Smart energy monitoring along the progressive 14nm FinFET architecture.
– Complex prediction of the data needed for your applications.
– True machine intelligence to anticipate the performance needs of your applications.
– Maximum Precision Boost frequency is lifted beyond the ordinary limits in the presence of better cooling.
– Adjust your clock speeds to accelerate the applications and games you utilise.