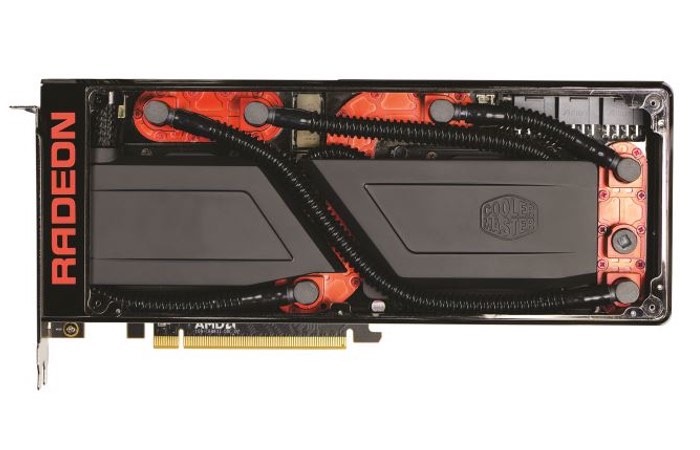 AMD has this week officially announced their new AMD Radeon Pro Duo graphics card which has been specifically created for virtual reality developers, to enable them to squeeze every last drop of performance from the new VR headsets which are slowly rolling out to consumers.

In the last month both the Oculus Rift and HTC Vive headsets have been launched priced at $599 and $799 respectively. Now AMD has created the Radeon Pro Duo specifically designed for creating VR applications and has not directly aimed at gamers for a change.

AMD has created the Radeon Pro Duo graphics card to support a wide variety of professional software to enable virtual reality developers to create immersive content and enable developers to allocate one GPU per eye, to offer performance that no other single graphics card can offer at the current time. Check out the specifications comparison chart below created by the AnandTech website to compare its hardware with other graphics cards currently available. 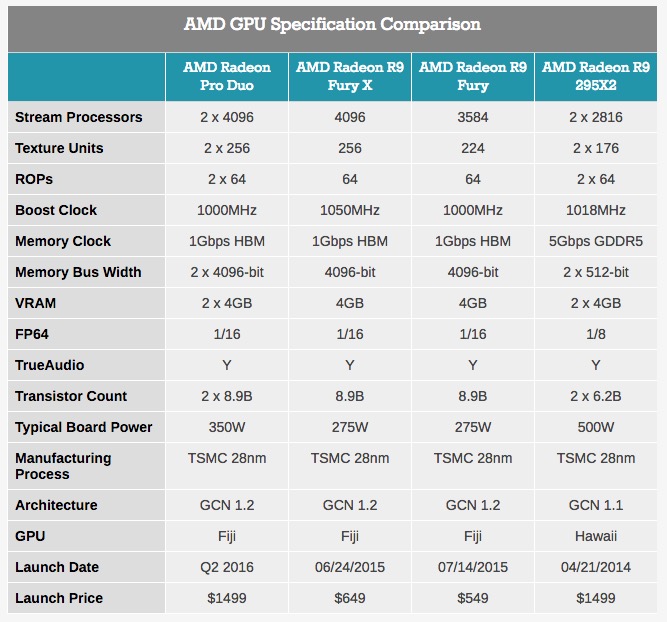 Radeon has done it again by creating the fastest gaming card in the world. Improving over the Radeon R9 295 X2, the Radeon Pro Duo card is faster yet quiet. The 3rd generation GCN architecture featuring asynchronous shaders enables the latest DirectX™ 12 and Vulkan titles to deliver amazing 4K and VR gaming experiences. 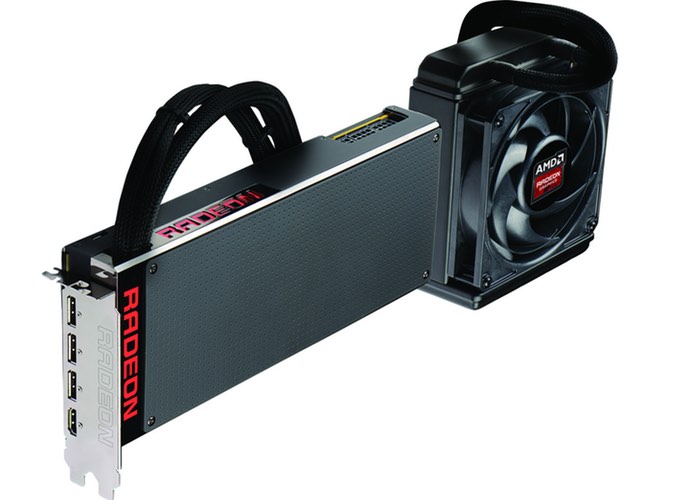 For more information on the new AMD Radeon Pro Duo graphics card which will shortly be available to purchase priced at around $1,500 jump over to the official AMD website via the link below