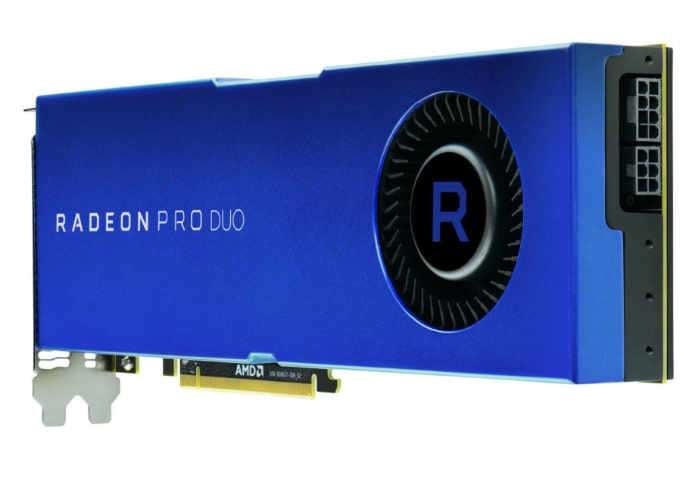 AMD has this week announced a new addition to their range of dual GPU graphics cards with the unveiling of the new Radeon Pro Duo Polaris x2 which features the Polaris-architecture-based Radeon Pro Duo.

The new card builds on the technology used in the Radeon Pro WX 7100, and has been created to provide a professional graphics card, designed to excel at media and entertainment, broadcast, and design and manufacturing workflows says AMD.

Today’s professional workflows continue to increase in complexity, often demanding that creators switch between a wide variety of applications to progress their work, pausing efforts in one application while computing resources are focused on another. We designed the Radeon Pro Duo to eliminate those constraints, empowering professionals to multi-task without compromise, dedicating GPU resources where and how they need them. It’s a continuation of our promise for Radeon Pro: to provide greater choice in how professionals practice their craft, enabling superior multi-tasking, accelerated applications, and powerful solutions for advanced workloads like VR.

The Radeon Pro Duo’s potent combination of performance and dual-GPU flexibility makes it the ideal solution for today’s advanced workloads, including professional VR content creation. VR represents a significant inflection point for the media and entertainment industry and is becoming more commonplace in today’s studios. Radeon Pro Duo professional graphics card leverages the power of two GPUs to render out separate images for each eye, increasing VR performance over single GPU solutions by up to 50% in the SteamVR test.4 AMD’s LiquidVR technologies are also supported by the industry’s leading real-time engines, including Unity and Unreal, to help ensure smooth, comfortable, and responsive VR experiences on Radeon Pro Duo.

For more information on the new AMD Radeon Pro Duo Polaris x2 jump over to the official AMD website for details by following the link below.