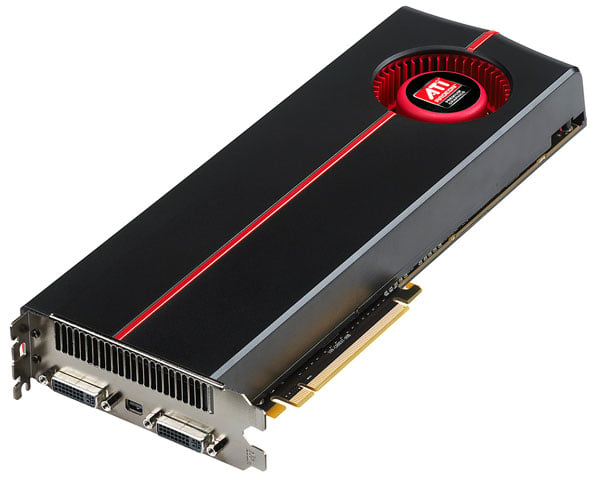 The ATI Radeon™ HD 5970 graphics card delivers nearly 5 TeraFLOPS of compute power, ensuring superior performance in the latest DirectX® 11 games, as well as in previous versions of DirectX® and OpenGL titles. With the world’s most powerful graphics core built on 40nm process technology harnessing up to 3,200 stream processors, gamers can enjoy DirectX® 11 games now, such as EA Phenomic’s BattleForge™ and S.T.A.L.K.E.R.:Call of Pripyat from GSC Game World, with many more titles on the way