Last week we saw a sneak preview of Amazon’s new Android app store, when it appeared on Amazon briefly, and now there are reports that the Amazon Android App store will go live tomorrow on the 22nd of March.

When the Amazon App store was leaked last week there were a total of 48 applications for Android listed on their website, along with prices, and we are expecting many more to be available when it launches. 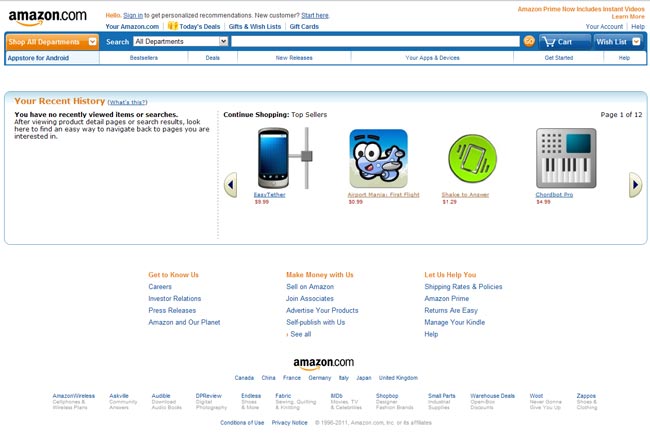 It will be interesting to see if the Amazon App store is able to compete with Google’s Android Market, and they have already managed to get some exclusive applications as it was announced recently that Angry Birds Rio will be an Amazon app store exclusive.