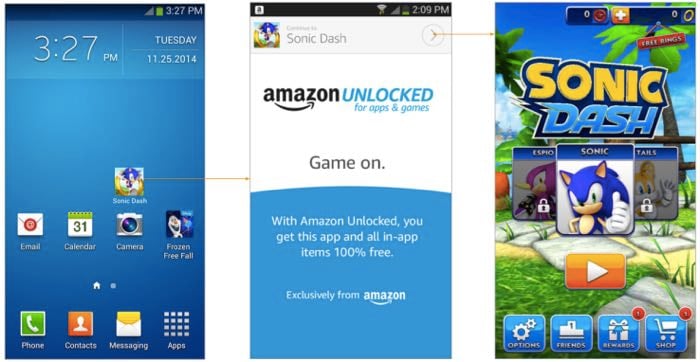 Amazon has something new in the works for its app store, Amazon Unlocked, where the company will offer users a range of paid apps free of charge.

According to TechCrunch, who have received an internal presentation, Amazon Unlocked could work in a similar way to Amazon Prime, although there will apparently be no charge for the new service.

Amazon Unlocked will apparently be available through Amazon’s own app and the company will use the new service to promote its own app and increase downloads.

Apps within the new Unlocked section of the Amazon apps store will be free and also all in app purchases on the apps will also be free.

As yet there are no details on when this new service will launch on the Amazon app store, as soon as we get some more details, we will let you guys know.