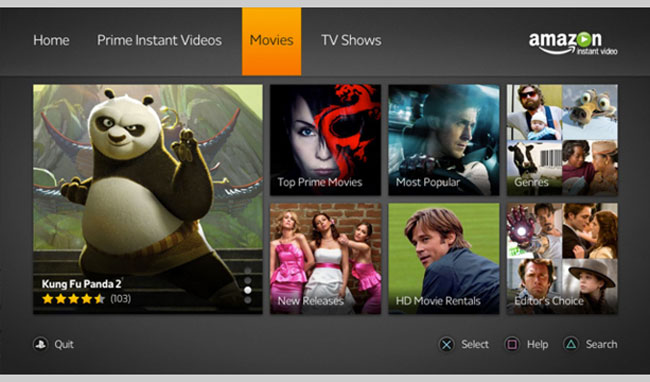 The App is a 19mb download and once installed provides access to over 120,000 TV shows and films to either purchase or rent. With instant streaming of nearly 25,000 high-definition movies and TV shows available directly from your PS3 console. If you are an Amazon Prime member you will automatically receive full access due to your annual subscription.

“Starting today, Amazon Prime members can watch Prime Instant Videos on PlayStation Network, streamed directly to their PS3 system. In addition to receiving free two-day shipping on millions of items and access to thousands of books from the Kindle Owners’ Lending Library, Prime members can instantly stream more than 17,000 TV shows and movies, all for just $79 a year. Prime Instant Videos include hit TV shows like Glee, Downton Abbey and Sons of Anarchy and classic movies such as Office Space, The Graduate and Brokeback Mountain. Non-Prime members can start their free one-month trial today.”