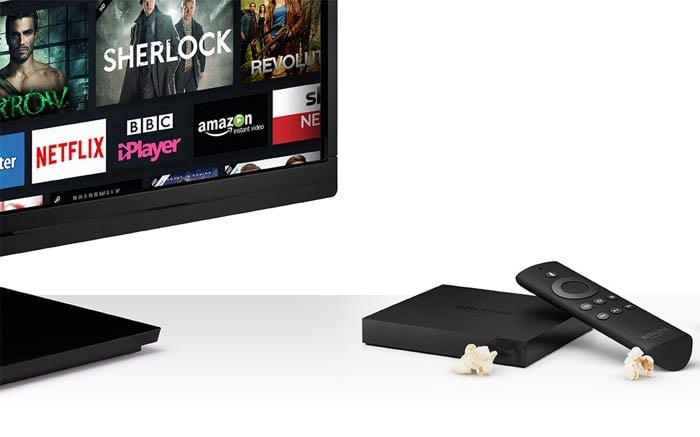 Amazon has released a new software update for its TV devices in the form of Amazon Fire TV OS 1.5 which is available for the Fire TV set top box and the Fire TV Stick.

Amazon announced their latest software update last month and now the update has been rolled out to owners of the device in the UK, you can see some of the features included in the update below.

Use a connected USB mass storage device to expand your Amazon Fire TV storage for downloaded apps and games.

Captive portal support lets you connect to Wi-Fi that requires web authentication – this includes Wi-Fi at hotels, as well as some universities.

You can now use X-Ray on Amazon Fire TV to explore your favourite movies and TV shows on Amazon Instant Video directly on your TV screen. Powered by (the Amazon-owned) IMDb, you can identify actors and songs in the current scene, explore actor bios and more by simply clicking the Up button on your Amazon Fire TV remote.

Support for wireless Bluetooth headphones lets you listen to your favourite movie, TV show or music wirelessly and privately.