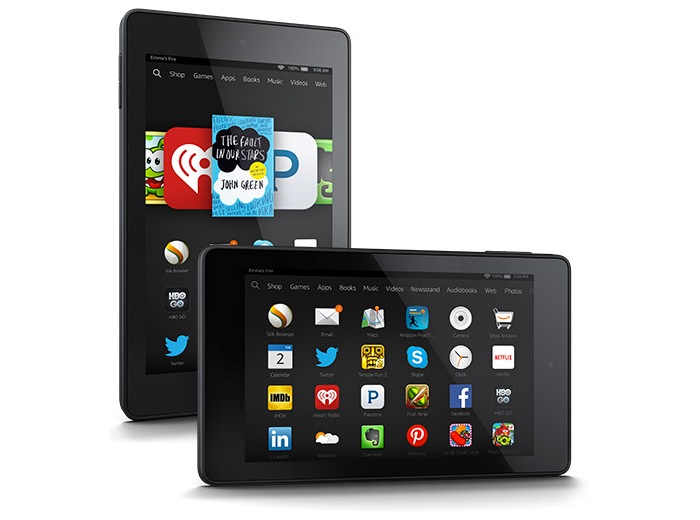 Adding to the list of new devices Amazon has unveiled this week, as well as their new operating system Amazon Fire OS 4 Sangria. Amazon has also launched their new Fire HD 7 tablet with prices starting from $139.

Amazon has equipped the new Fire HD 7 tablet with their latest Amazon Fire OS 4 Sangria operating system, that also launched this week and a 7″ HD display offering 216 ppi and a resolution of 1280 x 800 pixels.

The new Fire HD 7 tablet is powered by a 1.5 GHz quad-core processor and can be equipped with either 8 or 16GB of internal storage priced at $139 and $159 respectively. The new Amazon tablet is now available to pre-order and will start shipping early next month on October 2nd.

Other features of the Amazon Fire HD 7 tablet include a VGA front facing camera for video calling, together with a 2 megapixel rear facing for video and photographs. As well as providing twice the speed and over three times the graphics performance of the previous generation Fire HD tablet that it replaces. Amazon explains a little more:

Coming soon—Never again worry about whose account has the Prime membership or who bought that book you want to read. Family Library links your Amazon account to that of your spouse or partner so you can easily share apps, games, audiobooks, books, and Prime Instant Video content. Family Library synchronizes your family’s content across devices—both Amazon devices and free Amazon apps for other platforms, including iOS and Android.”

For more information on the new Fire HD 7 tablet jump over to the Amazon Store website for details.