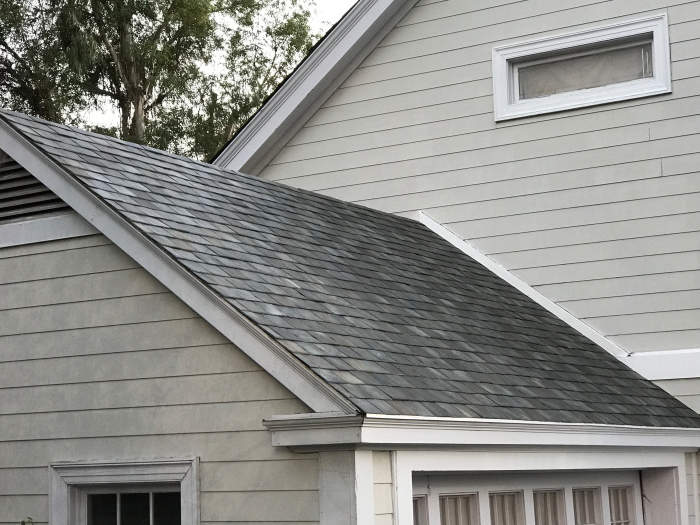 Electric car manufacturer Tesla has this week unveiled a new innovative it has created in the form of four different solar panel roof tiles which have been specifically designed to be used in urban locations and look identical to a normal roof tile at first glance.

Rather than adding bulky solar panels to an existing roof the roof tiles themselves will now become the solar panels and incorporate photovoltaic cells, explained Tesla.

The amazing new solar panel roof tiles have been created in partnership between SolarCity and Tesla and can be combined with the Tesla’s Powerwall 2 battery which can store 14 kWh of energy, with a 5 kW continuous power draw, and 7 kW peak.

Elon musk unveiled the new solar panel house tiles during an event at Universal Studios in LA on October 28th. The tiles are made of textured glass with integrated solar panels and look as “as good or better” than conventional roofs, according to Musk. The new roof tiles are the third part of the solar energy solution which incorporates energy generation by the solar panels, storage using the integrated battery packs and transportation using the Tesla electric cars. All three of which will be sold through Tesla dealerships explained Musk

The new solar panel roof tiles will be available in four different architectural styles that take the form of Tuscan, slate, smooth, and textured, Unfortunately no information on pricing has been released as yet by Tesla, but they are expected to be made available very soon.