Want to blast your favorite songs from far away? Then the InMotion Air is your speaker of choice. Capable of receiving music via Bluetooth (with CD quality sound!) and several different platforms, whether it’s your favorite mp3s via Windows Media Player or iTunes, the inMotion Air from Altec Lansing can go places. (Literally.) 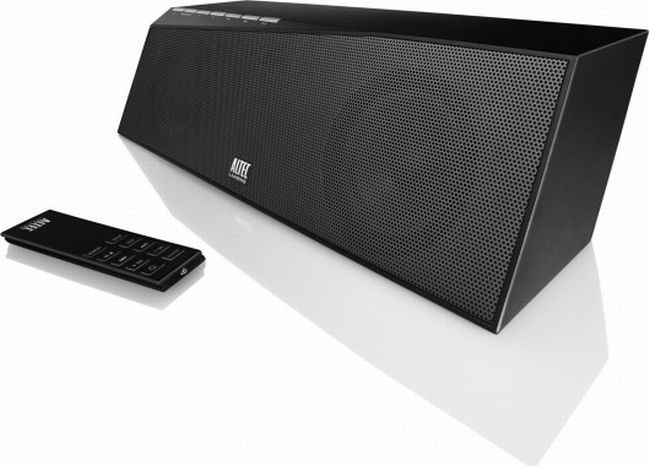 Yes, literally. The inMotion Air works fine from as far as 333 ft. away thanks to a USB adapter that has to be plugged in before use. However, when it receives audio via Bluetooth that impressive distance gets shaved to a mere 33 ft. Go figure.

The inMotion isn’t bulky and thanks to a carrying handle it can be brought along with you on adventures. There a no-nonsense remote as well. As for Bluetooth quality misgivings, have no fear because the inMotion Air removes the usual crappy standard thanks to apt-X codec technology that delivers them songs clearer. Much, much clearer.

The inMotion Air hits stores next month and will have a suggested retail price of $199.95.