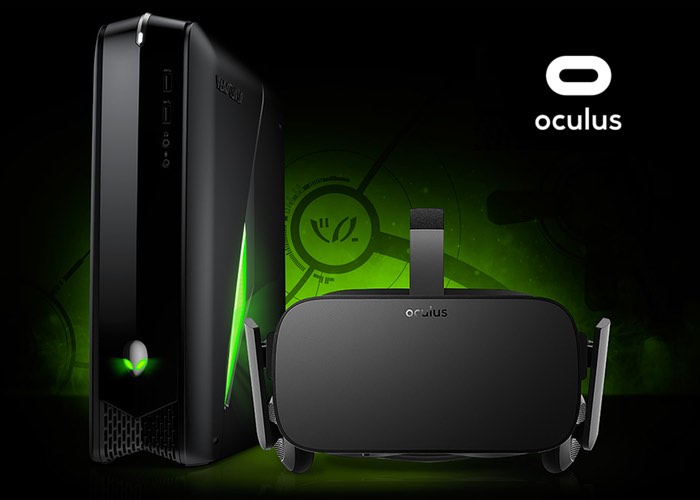 Hardware manufacturers are ramping up the advertising for their Oculus Rift ready hardware ,and Dell’s Alienware brand of gaming systems has unveiled new system ready for the virtual reality revolution in the form of the Alienware X51.

The Alienware X51 has been specifically built to be Oculus Rift and virtual reality ready allowing gamers and developers to experience the immersion that will be provided by the new range of Rift headsets, that will be arriving at consumers doors during March 2016. Although any pre-orders placed at the moment on the Oculus site will not be arriving until June 2016 due to demand. Dell explains a little more about the new Alienware X51 computer systems.

Leading the way in innovation, these award winning systems use the latest technology, meeting the recommended spec for the Oculus Rift Headset and driving high performance gaming in both VR and in traditional PC gaming. With an Alienware VR capable PC, you can be among the first to experience the future of gaming with a system ready to take you to the next level.

The Dell Alienware X51 Is now available to preorder with prices starting from $1200 and offers and Intel Core i5-6400 (6MB Cache, up to 3.3GHz with Turbo Boost Technology) Includes Hyper-Threading running Windows 10 Home 64bit English with a NVIDIA GeForce GTX 970 with 4GB GDDR5 VR-Ready graphics card, supported by 8GB Dual Channel DDR4 at 2133MHz and 1TB of storage.

For more information on the new Alienware X51 system and to view all the specification options available, jump over to the Dell website via the link below.