This week a few new screenshots have been released by the developers of the highly anticipated Aliens: Colonial Marines game which is currently under construction by Gearbox Software. As well as the new screenshots Gearbox CEO Randy Pitchford has also been discussing the new lighting effects in the game, which will provide awesome effects. 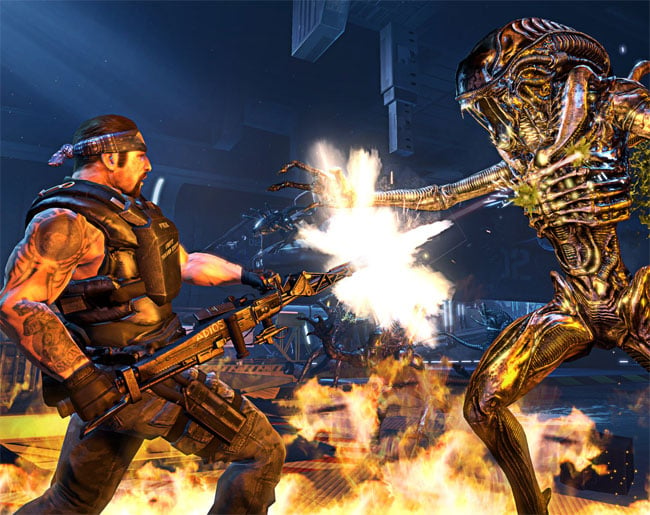 As you might have already guessed the game is a first-person shooter based on the characters and creatures of the Alien franchise, particularly the film Aliens. In an interview with the Destructoid gaming sites Jim Sterling, Pitchford explained that :

“We have this guy, we call him The Zoner, Sean Cavanagh. He built the original tools for Half-Life that did all the baked-in lighting. That was all compiled with Zoner’s tools. Everyone’s going to do [this lighting], he wanted to do it now, and see if he could do it on these existing platforms.

It’s pretty cool. You want the most realistic lighting possible, but machines are slow and only have so much computational power, so what you do is you bake the lighting in advance. The way Gears of War looks so amazing is that most of the lighting is rendered ahead of time. It’s baked onto the surfaces, which is awesome if the lighting stays in the same places and nothing moves, but when the light or something in the environment changes, it breaks it”

So it sounds like we can expect some pretty amazing things when the new Aliens: Colonial Marines game officially launches on PC, PlayStation 3, Wii U and Xbox 360 sometime last this year.