Alesis has this week unveiled a new addition to its range of iPad mixers with the launch of the Alesis iO Mix. The new iPad mixer accessory has been developed to provide you with a neat package to mix and record four channels of audio into GarageBand or any compatible iOS music application. 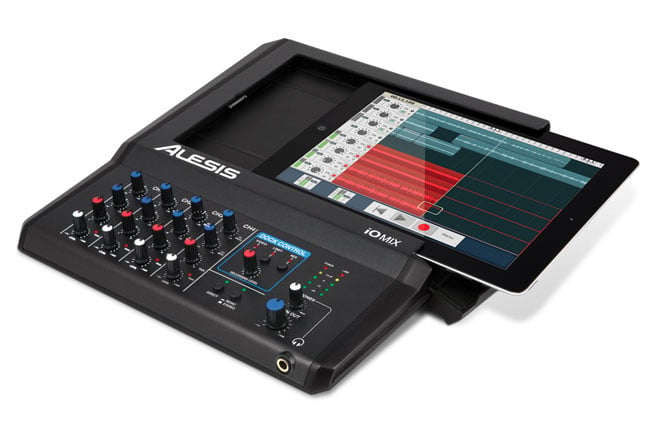 Once inserted into the Alesis iO Mix device your iPad becomes a ready made studio enabling you to mix and even has output for live show feeds is required.

Other features include a guitar-direct (DI) switch for recording direct from a guitar without the need for an amp. Together with stereo outputs and a Alesis Module Mount which is sold separately, that provides you with a secure way of attaching the Alesis iO Mix to a mic stand.