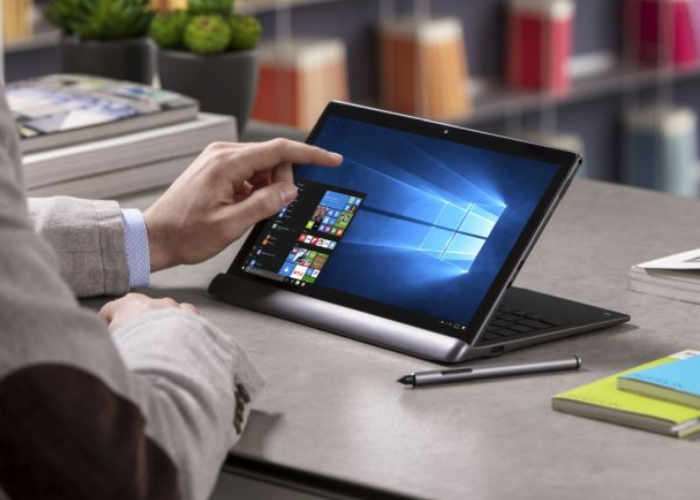 At MWC 2017 this week Alcatel has announced the launch of a new addition to their range of 2-in-1 tablet systems with the unveiling of the Alcatel Plus 12 which is supplied with a detachable keyboard full HD display and support for 4G LTE connectivity.

The new tablet is equipped with an Intel Celeron N3350 dual-core processor witches supported by 4 GB of RAM and includes 32 GB of internal EMMC storage, which can be expanded further thanks to the inclusion of a microSD card slot.

Other features of the Alcatel Plus 12 2-in-1 tablet include a 26.8 Wh/6900 mAh battery as well as connectivity via 802.11ac WiFi and Bluetooth 4.2 and the inclusion of a handy USB Type-C port. Security for the device has been enhanced by the addition of a a fingerprint sensor and Lenovo has also included dual speakers and a micro HDMI port.

The detachable keyboard provides additional power and storage and is equipped with a 1.2 GHz ARM Cortex-A7 processor, 128MB of RAM, 256MB of storage, and a 2,580 mAh battery, and connects to the tablet via a 7-pin connector.