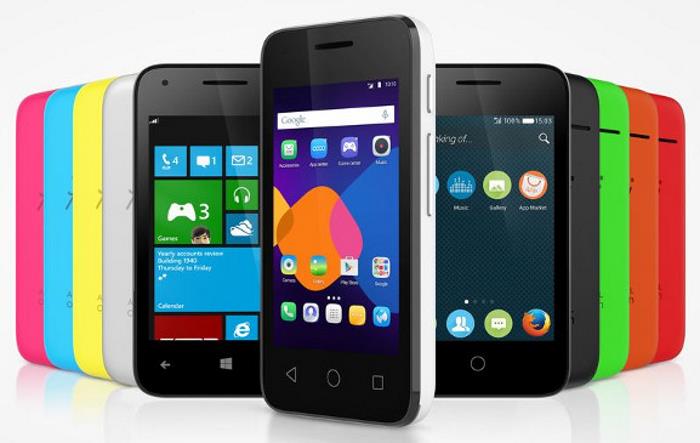 CES will kick off with its full force in a couple of days, and manufacturers have already started introducing their latest products ahead of the big event.

The most interesting bit is the ability to run Windows, Android and Firefox OS, but there’s no word on how the company plans to pull it off. If we were to guess, Alcatel may launch different variants with a different operating system. It’s more likely than installing multiple operating systems on a single device, which may end up with poor performance.

“Our users do not want complicated systems — they want something familiar from their work environment in the office, but also on a smartphone,” said ALCATEL ONETOUCH Chief Marketing Officer Dan Dery.

There will be smartphones with multiple display sizes, a 3.5-inch which will offer 3G support, while the other three variants will offer 4, 4.5 and 5-inch display with 4G LTE connectivity on board.

We’re going to see the devices in action next week in Las Vegas and the big event, and we’ll update you with more information as it comes in. Stay tuned.