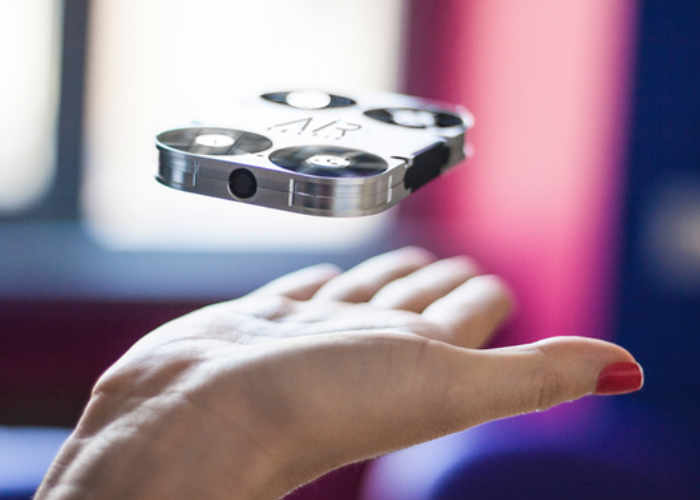 Smartphone photographers that would like to capture images from a different perspective may be interested in a new miniature camera drone which has been created by AirSelfie.

The AirSelfie drone takes the form of a portable flying camera that is integrated into your mobile phone casing and can be easily detached and used to capture unique selfies. Take AirSelfie out of its cover and launch it from your smartphone using the AirSelfie companion appWhich supports both iOS and Android devices.

Watch the demonstration video below to learn more about this tiny camera drone which is taken to Kickstarter and is available to back with pledges starting from €179 with a shipping date expected to take place during March 2017.

You can place AirSelfie in its designated phone cover (which acts as a charger too) and unchain it whenever you want to take an aerial picture or video. Imagine being able to revolutionize perspective completely.

Fly AirSelfie – micro-device HD camera – comfortably from your phone, by using the AirSelfie App and take the most amazing selfies. AirSelfie is compatible with all iOS and Android Operative Systems.

You’ll be able to build unforgettable memories through a new perspective. Fly AirSelfie and control it directly through 3 different flight functions:

• Selfie mode, the easiest one, with just two directional buttons to make AirSelfie move far or close to you.
• Selfie Motion Control mode, control AirSelfie in real time with the virtual joystick provided by App.
• Flying mode, where the device is held horizontally and replaces a classic controller. Once you’ve found the perfect positioning for the shot, AirSelfie stays still, thanks to the hovering function.

For full specifications and all Kickstarter pledging options jump over to the official Kickstarter website via the link below.