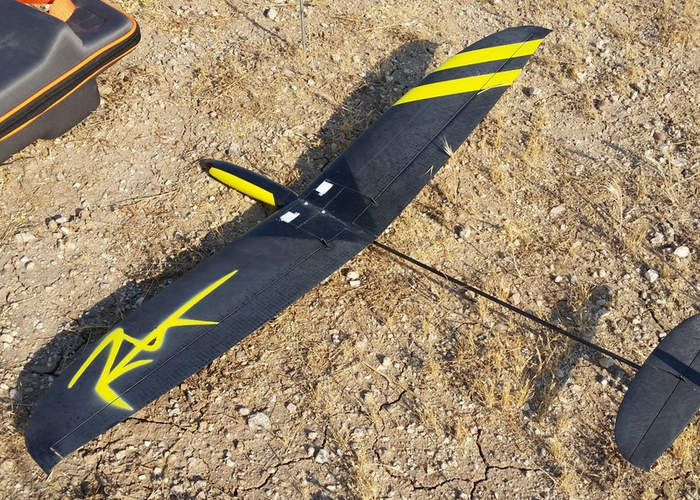 Robert T Haas based in Los Angeles has designed and constructed a new and advanced Micro DLG glider in the form of the Aires Ultra V4. Which he has launched via Kickstarter this week to raise the $35,000 he requires to take the glider into production.

Equipped with 4 servos for full camber changing and different flight modes the Aires Ultra is capable of “record-breaking flight performance” says its designer.

Watching video below to learn more about the gliders designed and on-board technology.

The Aires Ultra is a micro DLG that uses 4 servo’s for full camber changing and different flight modes. It is extremely small (30 inch wing span), yet despite it’s small size the performance is rather interesting to say the least.

The wing was designed with the aid of XFLR5 and the airfoil and planform design was ridiculously extensive. Many different airfoils were used to find what seemed to give the highest L/D and slowest flight speed to create a good sink rate. After the wing was modeled in CAD based on the wing that had the best results in the analysis some of the geometry was bent and twisted for further optimization.

The DLG has been fully tested and awaits other top pilots testing and verification of it’s above average all around flight performance.

For more information on the new Aires Ultra V4 Advanced Micro DLG Glider jump over to the Kickstarter website for details and to make a pledge by following the link below.