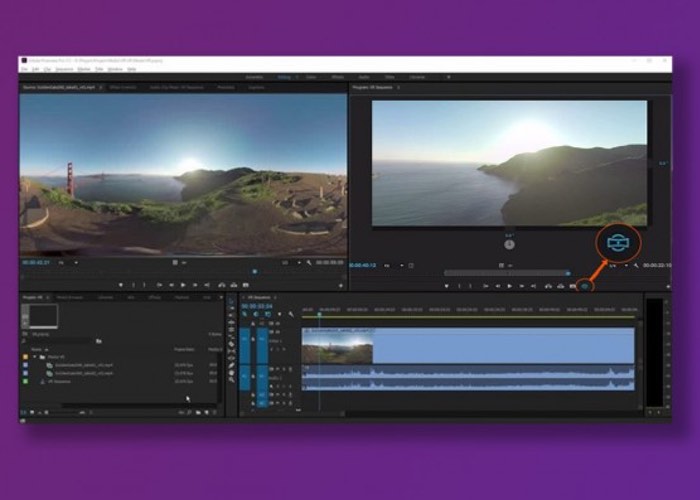 The new improved Premiere Pro workflow for editing VR video is now available, and is capable of displaying virtual reality video in the projected view, 360-degree panning, publishing your VR Video and more. Adobe explains a little more about what you can expect from the new VR tools.

You can work with different VR Video formats, up to a full sphere of 360 horizontal by 180 degrees vertical of captured view, along with Stereoscopic View – Left, Right and Anaglyph. You can choose a view from the left or right eye in stereoscopic video, or in a red/cyan anaglyph format. Premiere Pro also allows you to work with VR footage that was captured in less than a full 360 degree sphere of view.

You can configure the field of view displayed in the monitor, which allows you to emulate different viewing experiences. For example, an Oculus Rift might display a 90 x 60 degree field of view, while YouTube displays a 160 x 90 degree field of view. The Program and Source monitors have their own individual VR Video settings, which are saved with the project.

To publish your VR Video on popular websites like YouTube and Facebook, you must use H.264, HEVC or QuickTime formats when encoding the video. In the ‘Export Settings’ dialog, choose one of these formats, then select the ‘Video’ settings tab. Scroll down to check the ‘Video is VR’ check box and choose the layout which matches your media from the popup menu. Metadata added to the encoded video flags it as VR Video content for publishers to play back correctly.

To see an overview of the new virtual reality tools that Adobe has added to its Premier Pro software jump over to the official Adobe website by the link below and to access samples of 360 assets.