Adobe’s CEO Shantanu Narayen has today confirmed that Adobe will indeed be bringing new “creative applications” to Blackberry’s Playbook tablet device. The announcement was made by Adobe at the BlackBerry World 2011 conference and the new applications will bring a much needed boost to the apps that are currently available for the Blackberry Playbook.

No details were however announced as to what form the applications would take, but I am sure you can expected some sort of Photoshop style incarnation, together with a drawing app of some description. 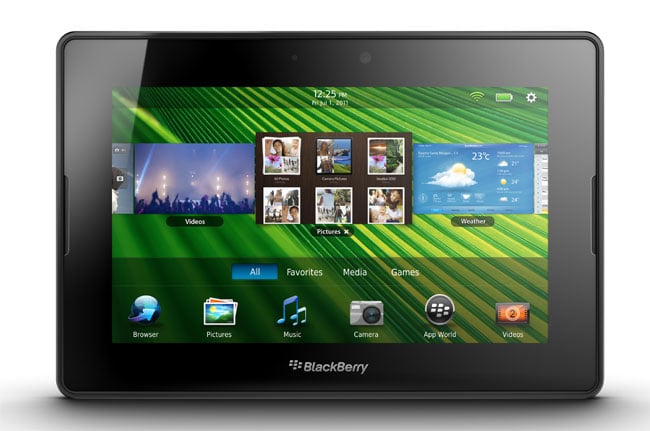 The announcement fits in nicely with Adobe’s launch of their new Adobe Creative Studio 5.5 which launched today and provides developers with support for PlayBook app development out of the box. As most of the applications currently created from the Playbook have been constructed using Adobe AIR.

As we hear more information about the new Adobe Playbook applications we will keep you posted.