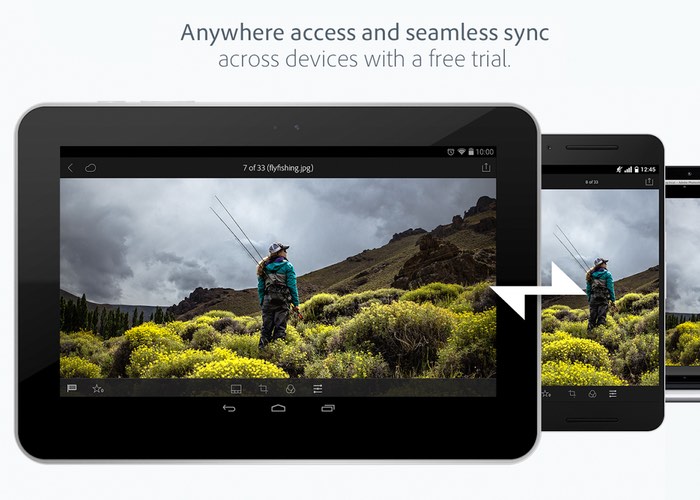 Adobe has this week announced the launch of their new Adobe Lightroom 2.0 application for Android that brings with it a number of great new features, enhancements and tweaks for users to enjoy.

New features include a new application camera that supports the capture of images in DNG raw formats allowing users to create images in seconds using the range of tools included in the application whether it be from simple one tap presets or using the advanced adjustment tools made available by Adobe.

Bring beautiful images to light with Adobe Lightroom. Powered by the magic of Adobe Photoshop technology, Lightroom for mobile enables you to craft and share professional-quality images from your smartphone or tablet. Winner of the 2015 Professional Photographer Hot One Awards in the Photo App category

Lightroom 2.0 for Android adds in a number of new, important features, including:

– An in-app camera, supporting the capture of images in DNG raw format
– Shoot-through presets, also available within the in-app camera, enabling previewing and capturing images with a series of built-in presets providing non-destructive editing
– Dehaze tool to adjust haze and fog in an image
– Split Toning enhancement, enabling the addition of a color cast to the highlights and shadows of an image, creating a uniquely stylized color image or replicating the look and feel of a traditional toned black and white image
– Target Adjustment Tool functionality in the Color/B&W editing tool, providing direct, on-image editing controls
– Point mode in Curve tool providing complete control over the tonality and contrast of an image
– Enhanced sharing with one-tap access to Adobe Premiere Clip for crafting video stories.